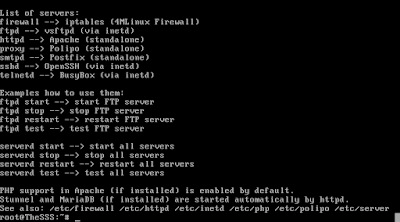 TheSSS (The Smallest Server Suite) is a lightweight server suite distributed as a live CD. This release is based on the 4MLinux Server 15.0, meaning that the components of the LAMP server are now: Linux 4.1.10, Apache 2.4.18, MariaDB 10.1.9, and PHP 5.6.16. This is the first release, which includes Postfix to handle emails sent via PHP mail. 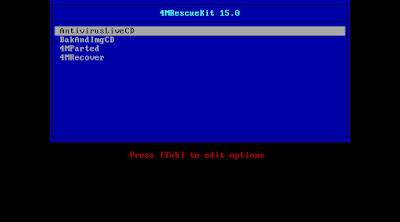 4MRescueKit provides its users with software for antivirus protection, data backup, disk partitioning, and data recovery. It is distributed in the form of a multiboot CD, which includes four (extremely small) operating systems.
This release has Antivirus Live CD 15.0-0.98.7, BakAndImgCD 15.0, 4MParted 15.0, and 4MRecover 15.0. 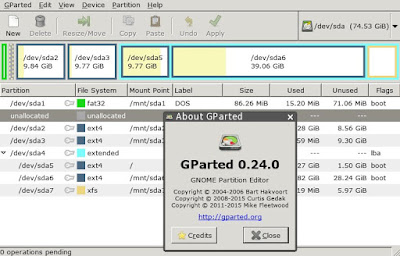 
4MParted is a very small live CD designed for disk partitioning. It's a part of 4MRescueKit, which in turn is one of the three main 4MLinux releases available for download.
This version includes GParted 0.24.0 and it uses 4MLinux 15.0 as the base system. 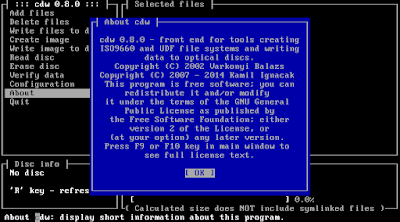 BakAndImgCD is an official 4MLinux fork, which has been designed to perform the following two tasks: data backup (the supported filesystems are: btrfs, ext2, ext3, ext4, f2fs, fat16, fat32, hfs, hfs+, jfs, nilfs2, ntfs, reiser4, reiserfs, and xfs) and disk imaging (using Partimage, Partclone, and GNU ddrescue). This release is based on the 4MLinux Backup Scripts 15.0.