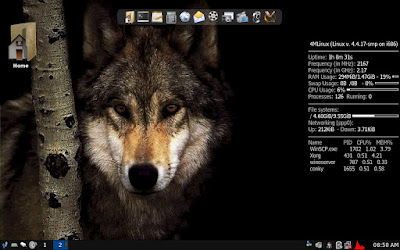 
This is the 20th release, so it should be something special. And it is! The 4MLinux live CD can now be run (and installed to a hard disk drive) on the following configurations: BIOS with 32 bit CPU, BIOS with 64 bit CPU, UEFI with 32 bit firmware, and UEFI with 64 bit firmware. All these possibilities are handled by the same Linux kernel and initrd. It is even more interesting because 4MLinux is still a 32 bit system (both user-land and kernel). AFAIK 4MLinux is the only GNU Linux offering this kind of functionality.
The final (stable) version should be released on the 1st of November 2016.